Check out our new [as of 20080326] BLOG devoted to this BULLY PARASITE:
READ what others have to say and tell us your experience of this LEECH: 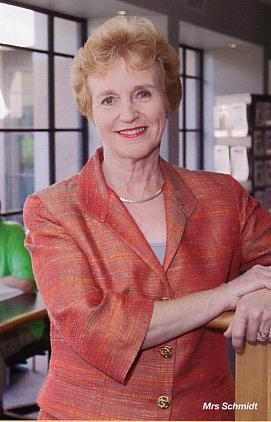 NAZI  BULLY: Janine Schmidt
[ya vo!]
[aka Queen Janine]
BULLIES the DISABLED
[the disabled are easier to bully, and tend to not fight back - I may be different, eh?]

I have two wee assistance dogs.   I have noticed much interest in Janine Schmidt this month [September, 2009] as many visitors had come to our site with Google "Janine Schmidt". [Try it.  We are FIRST & SECOND of 1.25Million.  We love Google as Google loves our websites. This paragraph with new links will 'freshen' the page for Google and should keep us there.]  I have just uploaded evidence which should show you the real nature of this 'Queen Janine'.  This is her handwriting on an email.  This is a University of Queensland document which I obtained by Freedom of Information.  After she had this information, plus much more complete evidence, she decided what she wanted, and was not about to be dissuaded by facts, or legal duty.  Knowing of my disability, as this proves she did, she had a Special Fiduciary Duty not to take advantage of me because of my disability. [Clearly, this legal duty did not phase her for one minute.]  Janine Schmidt also had a legal duty pursuant to the Australian Disability Discrimination Act 1992, whereby Australia ratified its obligations under the UN Treaty on treatment of the disabled.  Janine Schmidt made my life hell, including having my assistance dogs seized.  She did not just discriminate against me, she harassed me, because I am disabled.  Maybe, by this explanation, I can save some other people from having to 'experience' this Queen Janine.  Queen Janine was the name give her by McGill University in Canada, where she went after persecuting me for being disabled at The University of Queensland in Brisbane Australia.

Queen Janine [QJ of qj]  was the "librarian" at UQ.  Everyone who dealt with her found it not particularly rewarding. Staff at UQ refused to work with her. All she seems to know is BULLYING.  She bullied staff, library users and everyone else she could at UQ, and now McGill University apparently.  [See below, THE EVIDENCE,  how that bitch bullied me, over the fact that I am DISABLED.]  She was given glowing references by UQ to get rid of her.   It worked.  She became "Trenholme Director of Libraries" at McGill University, Montreal, Canada in February 2005.  Good riddance.  [Unfortunately, she is on record as stating she wants to return to Australia.]
Have a look at the only pathetic person UQ could find to work as her assistant.   This poor thing is named Cheryl Byrnes.  She will be linked in later for her role doing the BULLY bidding of queen janine. 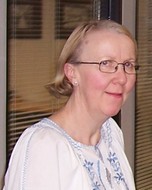 Queen Janine is a term coined for Schmidt [ya vo!] at McGill.   I have been in email contact with people at McGill University.   In case anyone wishes to email McGill, here are some email addresses at McGill [not my contacts though] I collected from Mcgill's website:

qj is a dumb desperate ratbag with ambitions.  Qualifications wise, she has a BA from UQ.  She started teaching/lecturing in IT at a time when there was such growth in IT that anyone could find a job, and if you could not do it, you would teach it.  Clearly, she was a poor teacher/lecturer and saw the writing on the wall, so made the connection of computers and Information storage with the volumes of information in libraries, so she "acquired" a Master's degree in Librarianship from the University of New South Wales.
qj bullied me because I am disabled.  That makes her actions illegal, as discrimination against a disabled person, and makes qj a LAW-BREAKER.   As I am disabled I have two small assistance dogs. That is the legal situation.  I am entitled to take them anywhere I go,with the only qualification that my having them with me does not cause UNJUSTIFIABLE hardship.   [The law clearly accepts that there may be "some" hardship.]  For anyone to refuse access to a disabled person who is accompanied by their assistance dogs, they must prove they experience hardship, and further, that that hardship is unjustifiable.  For whatever reason, qj decided that she would bully me.  She would not be told but kept on relentlessly, by what ever means she could, to bully me.

THE EVIDENCE Her own language is probably the best indicator of  "her".   She was desperate to have me confronted and harmed, by others.

The Registrar tries to tell her the law and her responsibility;

But she will not be told, but instead shows what a dumb bitch and bully she really is:

There is much CORRUPTION in Australia but the majority of it is concealed. THIS HAS MAJOR CONSEQUENCES FOR AUSTRALIA POLITICALLY ON the WORLD STAGE. Australia attempts to pontificate from the HIGH MORAL GROUND and be the “BULLY OF THE PACIFIC”. America [USA – Bush] is attempting to diminish its INTERNATIONAL crimes by seeming to associate with a denizen of the “high moral ground” [Australia], whereas in fact, AUSTRALIA IS RIFE WITH CORRUPTION. The hidden corruption is spread across layers of government, [elected and “public service”], POLICE, [Queensland and Federal], the judiciary, legal profession, EDUCATION, UNIVERSITIES and business. It occurs in many dimensions. Much of the corruption is for the “cover-up” of incompetence, and other corruption. Some members of my “family” have gained some “inspiration” from some of this corruption, utilizing corruption in the legal profession and judiciary.
The www is the ideal medium to present The EVIDENCE of this corruption when that evidence is documented and the statements of others where those statements are public records. I WILL PUBLISH THE FACTUAL EVIDENCE HERE. My purpose with this site is to assemble that evidence and the logical linkage for the UNCHALLENGEABLE CONCLUSION. I have special skills in this respect. I am first and foremost a MATHEMATICIAN with maths majors in my BSc and BA. As well, I am fully trained to be admitted as a lawyer. I have practical experience in many courts over many years and as an accountant and tax agent.