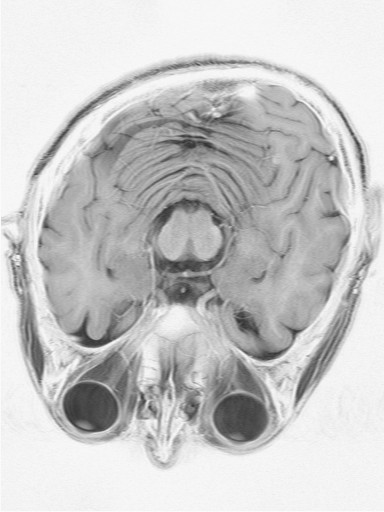 OPEN LETTER dated 20061117 to the POLICE COMMISSIONER and to the POLICE MINISTER  Hon. Judy Spence [on behalf of the police commissioner because the police commissioner will not accept email although his email address is published on the Qld Government website, and on behalf of the Qld Government and/or the Qld Attorney General, as the proper party against whom I make this claim.   The email referring to this letter posted on my website will be sent by Bcc: to all Qld MLAs.

This letter is my DEMAND FOR COMPENSATION of $1988 for property of mine taken by police [that Mug Rantala - view his photo here or again here ] as per the Court brief as displayed below.


The property was 14 shopping trolleys.  Rantala thought he would be a smart arse, but instead, many other police and most everyone else who knows, now think he is a PROPER DUMB ARSE.   [He is trying to do a Law Degree from the mickey mouse university of Southern Cross University.  The Queensland Police Service can do without liabilities like Rantala.   He thought, being police he could harass me.  He charged me over a 6 month period with 5 offences, and I beat him on ALL. Magistrates would not even hear most of them, and I do not have a high opinion of magistrates in Queensland, either.  The charges were just clear harassment.]

So, why would the police harass me??    Have a look at MY LOGO.  I have a deformed skull that makes me look subnormal and abnormal.  The unconscious reaction of viewers is that I am "freakishly ugly".  Asymmetry does that: asymmetry = ugliness.   Rantala thought [really failed to THINK but just acted like a dumb arse without too much thought, that I would be the type of person, BEING WEAK AND WITHOUT FRIENDS, he could BULLY.

So Rantala  [see NEW Website on Henri Rantala] proves that Queensland Police are really BULLIES.  Well, I am disabled so he has been discriminating against me because I am disabled.

I explain the law below the displayed court brief.

Rantala [see NEW Website on Henri Rantala]  states that I claimed ownership of the trolleys.  That I did.  In those circumstances, under the legislation governing Police Search Warrants, that property has to be retained and maintained pending a court hearing and can only be destroyed if so ordered by a magistrate. He states that in the court brief above and in affidavits.   I am advised that Rantala [see NEW Website on Henri Rantala] destroyed the trolleys.  As the police did not proceed with  the claim, [the police prosecutor would not proceed with the charge].   I am entitled to have my property back.  But becauseRantala ILLEGALLY  destroyed it, I cannot receive those particular trolleys back.  He charged me TWICE OVER THESE SHOPPING TROLLEYS.  Despite their begging Coles to claim them, Coles steadfastly refused.   Coles wanted no part of it.   Then Rantala [see NEW Website on Henri Rantala] [could that be Ranting Rantala - or "Ranting" to his mates, presuming he has any: "Hey Ranting, watcha doing".], had a brain fade and tried to charge me with having property, reasonably suspected of being "tainted".  Ranting was obsessed.  That charge is reserved for proceeds of major crime like drug trafficing and such.  Supreme Court judges have expressed disbelief at such stupidity of the police.

Since the police cannot return my property to me in the condition it was in when they stole it, then I must be compensated.   While I maintain that the trolleys were worth more to me than the figure of $1988 that Ranting  [see NEW Website on Henri Rantala] put upon them, I am, WITHOUT PREJUDICE TO MY SUBSEQUENT CLAIM IN A CIVIL ACTION, willing to accept $1988 instead of those shopping trolleys if I receive a cheque in the mail for that sum, in the next week.    This offer expires Friday, 24 November, 2006 at 4pm.


Formally, I request return of my property seized by Ranting  [see NEW Website on Henri Rantala] and coy, as per his Court brief above.

It is not extortion to threaten legal action.  If that sum is not forthcoming, I will have a solicitor formally claim that in a civil action.  I will find a solicitor who will do it for client and client fee charges. I will do that without further advice to you.   I can afford to pay it, but there is no reason that it will not be ordered by a court and paid. I do not intend to waste my time doing up the legal document and court appearances.  Courts would not award me costs, so that would save you, the Police and Qld Government, money.  Instead. I will spend that time adding to this, my website.  I will report the actions of the police as they try to bully me into not claiming this sum, as I would suspect they will attempt.  The more you try to avoid paying, the more I will have to report.  I will obtain the photographs to  really illustrate the report.

Increasingly more people are accessing this site.  We note Lavarch has gone as State Attorney General.  We wanted her gone before the last election.  See our page regarding her incompetence.  We distributed flyers to lettterboxes in her electorate on 25 and 27 August, 2006.   We suspect that many others decided to attack her when they saw we were attacking her.  It is called shark attack.   It is most pleasing that she has effectively gone.

If you  intend to compensate me, you should advise me forthwith.  Any legal fees I pay will be added to that sum that you pay to me.