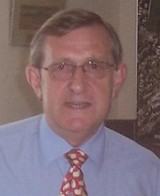 Clearly, UQ has given a big favour worth $60.000+++ per annum to the Anglican Church, by its actions in permitting the Synod of the Brisbane Diocese of the Anglican Church [BDAC] to contribute a derelict ASBESTOS ridden hovel [the Anglican Rabbit Warren [ARW]] to the PARTNERSHIP/JOINT VENTURE [JV] between UQ and BDAC [where UQ is the Superior JVer] so that St Johns College [SJC] can rip-off fees from another 6 students for a whole year.  Under the terms of the JV, BDAC keeps all the revenue from students of SJC, and pay nothing to UQ.   [UQ contributed the USE of the land, which had cost UQ nothing, so that UQ had student accommodation on campus.]

WHY?, is anyone's guess.

HOW?  Under the terms of the JV, UQ , as Superior JVer, [through UQ Senate [UQS]] has to approve all matters of any importance, other than day-to-day running of the SJC.  Taking in an extra SIX students and putting them the in the ASBESTOS ridden RABBIT WARREN is not day-to-day running.  My advice is that it has not been formally approved by UQS.   It would be known to UQ as UQ has a representative on the management Council of SJC.   ARW is run with SJC staff and finance.  Clearly, this was known to UQ administration.  Douglas Porter as Registrar is the head of the UQ Administration.   It is his responisbility to ensure that matters that should be brought to the attention of UQS for its approval, are put on the aggenda of meetings for UQS.   None of the other Churches have been permitted to have similar arrangements with their College on UQ's St Lucia Campus [SLC].


Millions of Dollars [$x,000,000] CLAIMS LIABILITY
from UQ and
The Anglican Church of Australia:

due to FRAUD by St John's College [SJC]

The University of Queensland [UQ].


There is much CORRUPTION in Australia but the majority of it is concealed. THIS HAS MAJOR CONSEQUENCES FOR AUSTRALIA POLICICALLY ON the WORLD STAGE. Australia attempts to pontificate from the HIGH MORAL GROUND and be the “BULLY OF THE PACIFIC”. America [USA – Bush] is attempting to diminish its INTERNATIONAL crimes by seeming to associate with a densizen of the “high moral ground” [Australia], whereas in fact, AUSTRALIA IS RIFE WITH CORRUPTION. The hidden corruption is spread across layers of government, [elected and “public service”], POLICE, [Queensland and Federal], the judiciary, legal profession, EDUCATION, UNIVERSITIES and business. It occurs in many dimensions. Much of the corruption is for the “cover-up” of incompetence, and other corruption. Some members of my “family” have gained some “inspiration” from some of this corruption, utilising corruption in the legal profession and judiciary.
The www is the ideal medium to present The EVIDENCE of this corruption when that evidence is documented and the statements of others where those statements are public records. I WILL PUBLISH THE FACTUAL EVIDENCE HERE. My purpose with this site is to assemble that evidence and the logical linkage for the UNCHALLENGABLE CONCLUSION. I have special skills in this respect. I am first and foremost a MATHEMATICIAN with maths majors in my BSc and BA. As well, I am fully trained to be admitted as a lawyer. I have practical experience in many courts over many years and as an accountant and tax agent.