BEWARE of MORGAN,
WARDEN of SJC.

NEW, from AustLawPublish ,
Alumni Journals for the Australian Universities.
Check if your University is there.

St John's College [SJC] is a JOINT VENTURE with The University of Queensland [UQ] with ULTIMATE POWER to UQ.   The ultimate power is expressed in the "Schedule of  Trusts" [ST], upon which the land parcel is held, [the land was contributed by UQ; held by the Synod of the Brisbane Diocese for the purpose of providing accommodation for students of UQ], from UQ; viz:

SJC is a residential College for Students of UQ on the St Lucia Campus [SLC] of UQ.   SJC was established in the mid 1950s by the UQ in conjunction with the Brisbane Diocese of the Anglican Church [BDAC].   Clearly, BDAC is the inferior joint venturer.  The "Constitution" of SJC cannot be changed without the approval of the Senate of UQ.   The affairs of the college are directed by a "College Council" to which UQ Senate appoints a member.

Additionally, the ST ensures that SJC can do nothing of any moment without the approval of the Senate of UQ.

In law, SJC is NOT an incorporated body.  It is not a legal entity.   It may have a bank account in that name [SJC], but that would be a partnership account.  The arrangement between the partners/[joint venturers] is between them.  I suspect that BDAC takes all the revenue less expenses from SJC, but that is the private arrangement of UQ and SJC.

Importantly, BOTH  UQ AND BDAC are liable, jointly and severally, for all matters with respect to SJC and especially, that 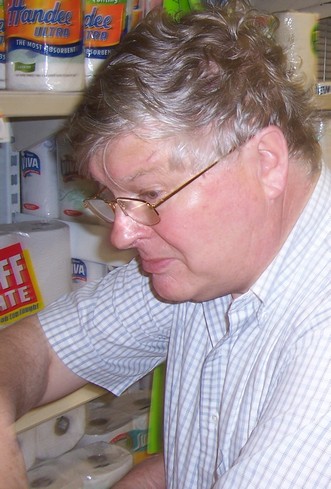 Rev. Canon Prof. Dr John Morgan is a CORRUPT incompetent ratbag.   He is an idiot. He tries to quote law to me when I have an LLB and he is a fool.  He manages by BULLYING PEOPLE.  That works for HIM with his management of students in SJC, but he tries it in the wider community.  I should and will publish this aspect as a separate page.


There is much CORRUPTION in Australia but the majority of it is concealed. THIS HAS MAJOR CONSEQUENCES FOR AUSTRALIA POLITICALLY ON the WORLD STAGE. Australia attempts to pontificate from the HIGH MORAL GROUND and be the “BULLY OF THE PACIFIC”. America [USA – Bush] is attempting to diminish its INTERNATIONAL crimes by seeming to associate with a denizen of the “high moral ground” [Australia], whereas in fact, AUSTRALIA IS RIFE WITH CORRUPTION. The hidden corruption is spread across layers of government, [elected and “public service”], POLICE, [Queensland and Federal], the judiciary, legal profession, EDUCATION, UNIVERSITIES and business. It occurs in many dimensions. Much of the corruption is for the “cover-up” of incompetence, and other corruption. Some members of my “family” have gained some “inspiration” from some of this corruption, utilizing corruption in the legal profession and judiciary.
The www is the ideal medium to present The EVIDENCE of this corruption when that evidence is documented and the statements of others where those statements are public records. I WILL PUBLISH THE FACTUAL EVIDENCE HERE. My purpose with this site is to assemble that evidence and the logical linkage for the UNCHALLENGEABLE CONCLUSION. I have special skills in this respect. I am first and foremost a MATHEMATICIAN with maths majors in my BSc and BA. As well, I am fully trained to be admitted as a lawyer. I have practical experience in many courts over many years and as an accountant and tax agent.