FRAUD of UNIVERSITY  of  QUEENSLAND [UQ]


SCANDAL at The University of Queensland

SUSPEND  FUNDING 'til HAY is SACKED. 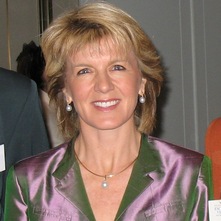 [As this matter is of relevance to Queensland and Commonwealth elected representatives, I am sending an email by Bcc: to those elected members, alerting them to publication of this OPEN LETTER,]

I especially refer you to the evidence at: Evidence that no-one can trust The University of Queensland.     Hay has been central in the decision to not only BULLY A DISABLED STUDENT,  but also breach, the PROMISE, the CONTRACTUAL DUTY and FIDUCIARY DUTY OWED TO THAT STUDENT.  The FIDUCIARY DUTY AROSE,  not only because the student was and is disabled, but also, because UQ, by the actions of its Registrar, Douglas Porter, agreed to obtain a report for itself and also as trustee for the student.  In that situation, a fiduciary duty arose regardless of the student being disabled.  Additionally, the student had supplied CONSIDERATION for the promise to make the report available for consideration of both UQ and the disabled student.

On my website, I am publishing details of Corruption in Australia, especially in relation to Tertiary Education and more especially to The University of Queensland [UQ] where I had the misfortune to begin my tertiary studies and was too far into them when I realized how I was continually being bullied, cheated and defrauded.   As with much bullying, this has extended to CRIMINAL CONDUCT.   I believe my having gained an LLB despite all attempts by UQ to defraud me of that, gives greater credibility to my comments re law and law enforcement.

I shall be continually publishing more on this site.  I have such a great volume of evidence of corruption to publish.  [I have borne the brunt of much of this corruption and bullying, over more than 40 years, because of my disabilities and appearance.  Now I am fighting back.]

AS AN ASIDE: TO ASSESS THE VALUE OF MY WEBSITE [WHERE YOU ARE READING THIS]:
It may be of interest to you to conduct a google experiment:  Google the whole world web with the words, [in any order] Australian Corruption exposed , without ""/.  Of about one million websites, mine, HAIGREPORT. com is second. Then google "pages from Australia" the two words, corruption exposed /.  HAIGREPORT is TOP of the list.  This pre-eminence has been gained in less than three months.


Due to FRAUD by St John's College [SJC]


There is much CORRUPTION in Australia but the majority of it is concealed. THIS HAS MAJOR CONSEQUENCES FOR AUSTRALIA POLITICALLY ON the WORLD STAGE. Australia attempts to pontificate from the HIGH MORAL GROUND and be the “BULLY OF THE PACIFIC”. America [USA – Bush] is attempting to diminish its INTERNATIONAL crimes by seeming to associate with a denizen of the “high moral ground” [Australia], whereas in fact, AUSTRALIA IS RIFE WITH CORRUPTION. The hidden corruption is spread across layers of government, [elected and “public service”], POLICE, [Queensland and Federal], the judiciary, legal profession, EDUCATION, UNIVERSITIES and business. It occurs in many dimensions. Much of the corruption is for the “cover-up” of incompetence, and other corruption. Some members of my “family” have gained some “inspiration” from some of this corruption, utilizing corruption in the legal profession and judiciary.
The www is the ideal medium to present The EVIDENCE of this corruption when that evidence is documented and the statements of others where those statements are public records. I WILL PUBLISH THE FACTUAL EVIDENCE HERE. My purpose with this site is to assemble that evidence and the logical linkage for the UNCHALLENGEABLE CONCLUSION. I have special skills in this respect. I am first and foremost a MATHEMATICIAN with maths majors in my BSc and BA. As well, I am fully trained to be admitted as a lawyer. I have practical experience in many courts over many years and as an accountant and tax agent.